I don’t think I wrapped my head around Berlin until it was was time to say goodbye. We were on our first tour of the city, a four hour walking tour called “The Famous Insider Walk,” with an Irish tour guide. It was hovering around freezing and the weather kept changing from sleet to snow. In between finding ways to keep my face dry and my ears warm, I kept catching sentences that just didn’t compute.

We would walk some more, on to the next site. I would try and find ways to position myself behind other group members to avoid the wind. Our tour guide would speak again,

We broke for a quick lunch in a sheltering coffee shop. My fingers started to thaw while my mind tried to sort out the past 5,000 steps. I had never been so close to history while on a tour. The places I had toured before were Rome, where the stories all take place in the first century. And Norway, a place with a history that sounds like fantasy, Vikings!

But Berlin…I just had to think back a couple of years.

Here is how the rest of my steps in Berlin sorted through a history like none other. 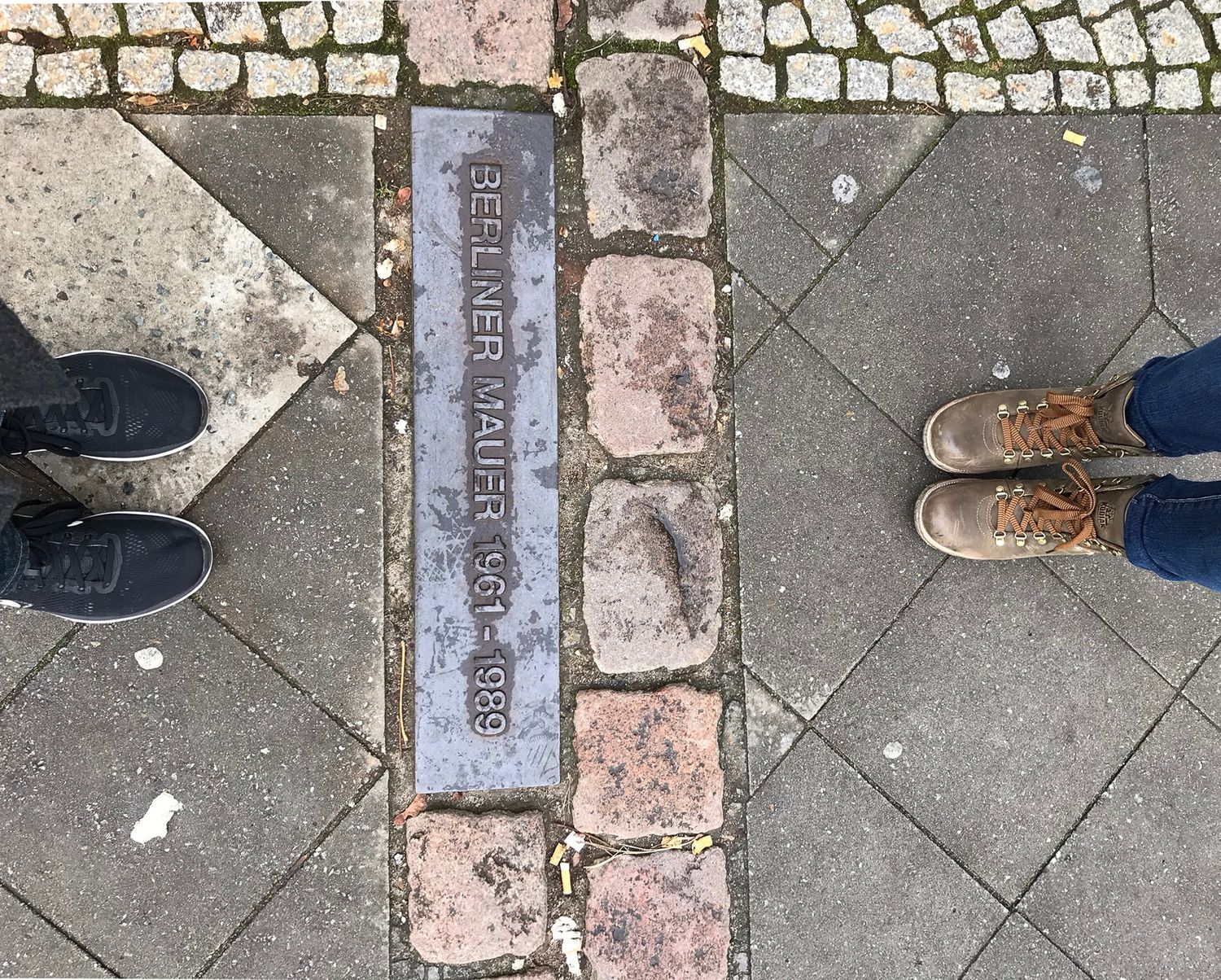 Our trip fell over Thanksgiving in the U.S., but for the rest of the world it meant November was nearly over and the 25 day countdown to Christmas was beginning. Christmas markets, lights and decorations were popping up all over Western Europe.

So, we skipped Thanksgiving and got right into the Christmas spirit.

I wouldn’t necessarily recommend this as a must see, it was more or less something to fill our first day with. Winter World was lovely to walk through, but it probably wasn’t as enchanting as a Christmas Market. At the time, Germany had a level two travel advisory – exercise increased caution. Considering this and the increasing rise in terrorism (and the focus on soft targets), this seemed to be a safe option for us. The Winter World was tucked away deep in a park outside of the city center. It wasn’t downtown or in a more popular area, like Potsdamer Platz. I’m not sure if my fear of avoiding the Christmas Markets was justified – though I am sure Brussels, Barcelona, Orlando, London, Munich and Las Vegas will tell you I was.

We spent the night wandering through a park filled with sparkling trees, piped in Christmas-music and whimsical light displays. A winter world. 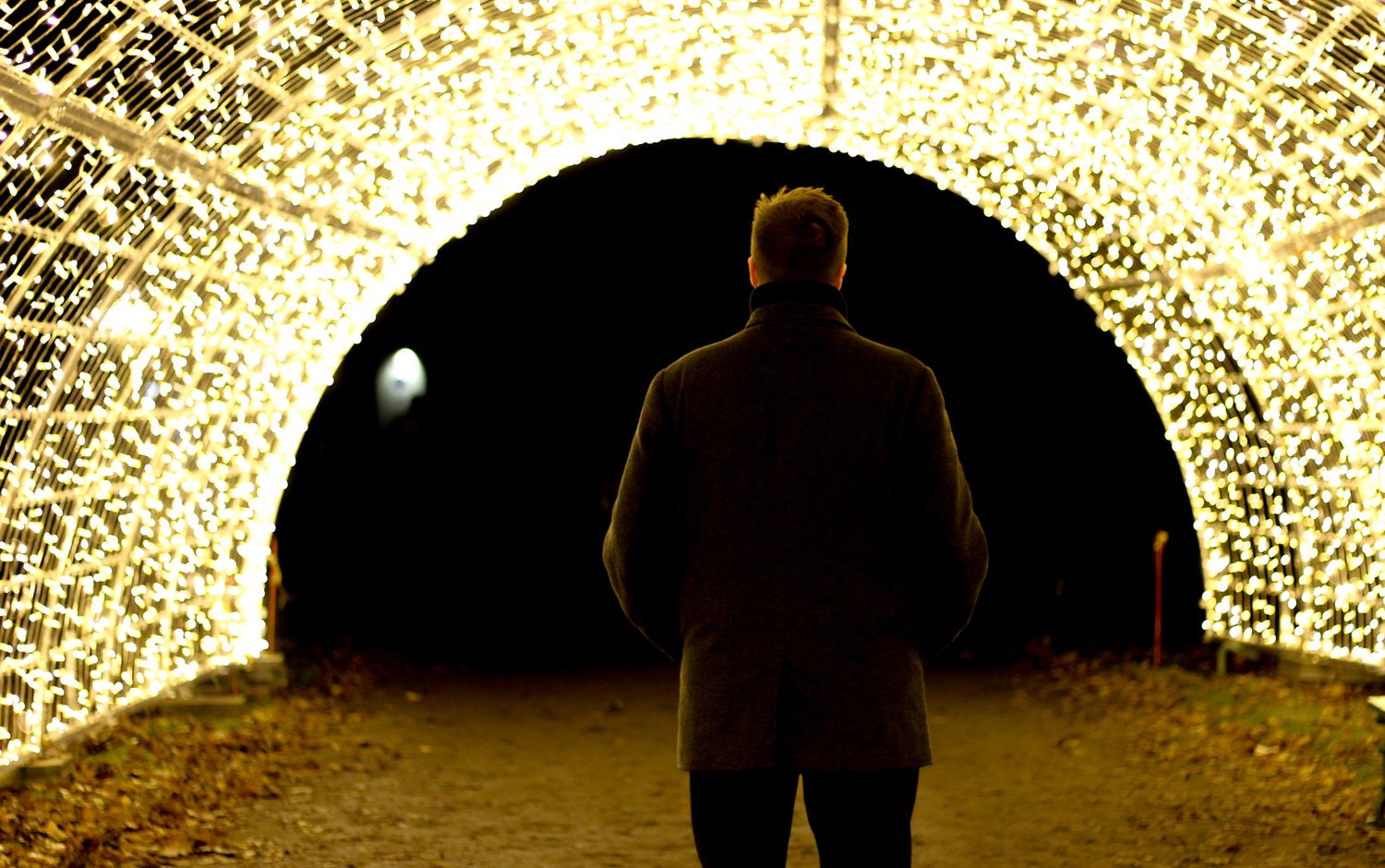 Our first full day in Berlin kicked off with a four hour walking tour of the city. There is just so much to see in Berlin that this tour was perfect for us, all the highlights jam-packed into a few dense hours. Our tour group was quite large, but I didn’t mind because it made it easier to dodge the history questions.

No, I do not know when the German Reunification was.

We saw many incredible sights, some of which we went back to on our own later in our trip, others we were happy to have the opportunity to see once.

MEMORIAL TO THE MURDERED JEWS OF EUROPE

This was just so beautiful, heartbreaking and thought-provoking all at the same time. Visitors today still puzzle over what the towering blocks mean and represent. 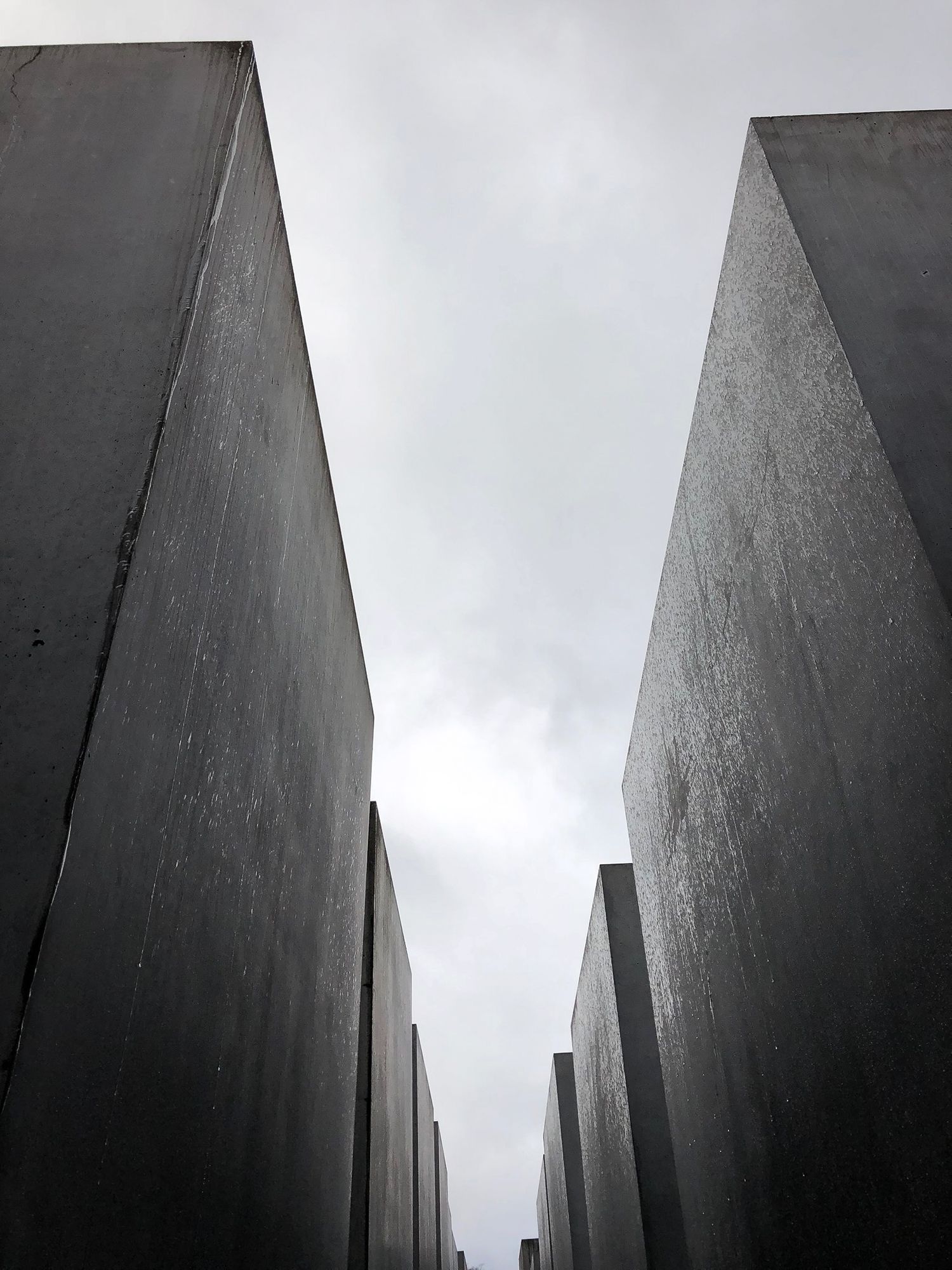 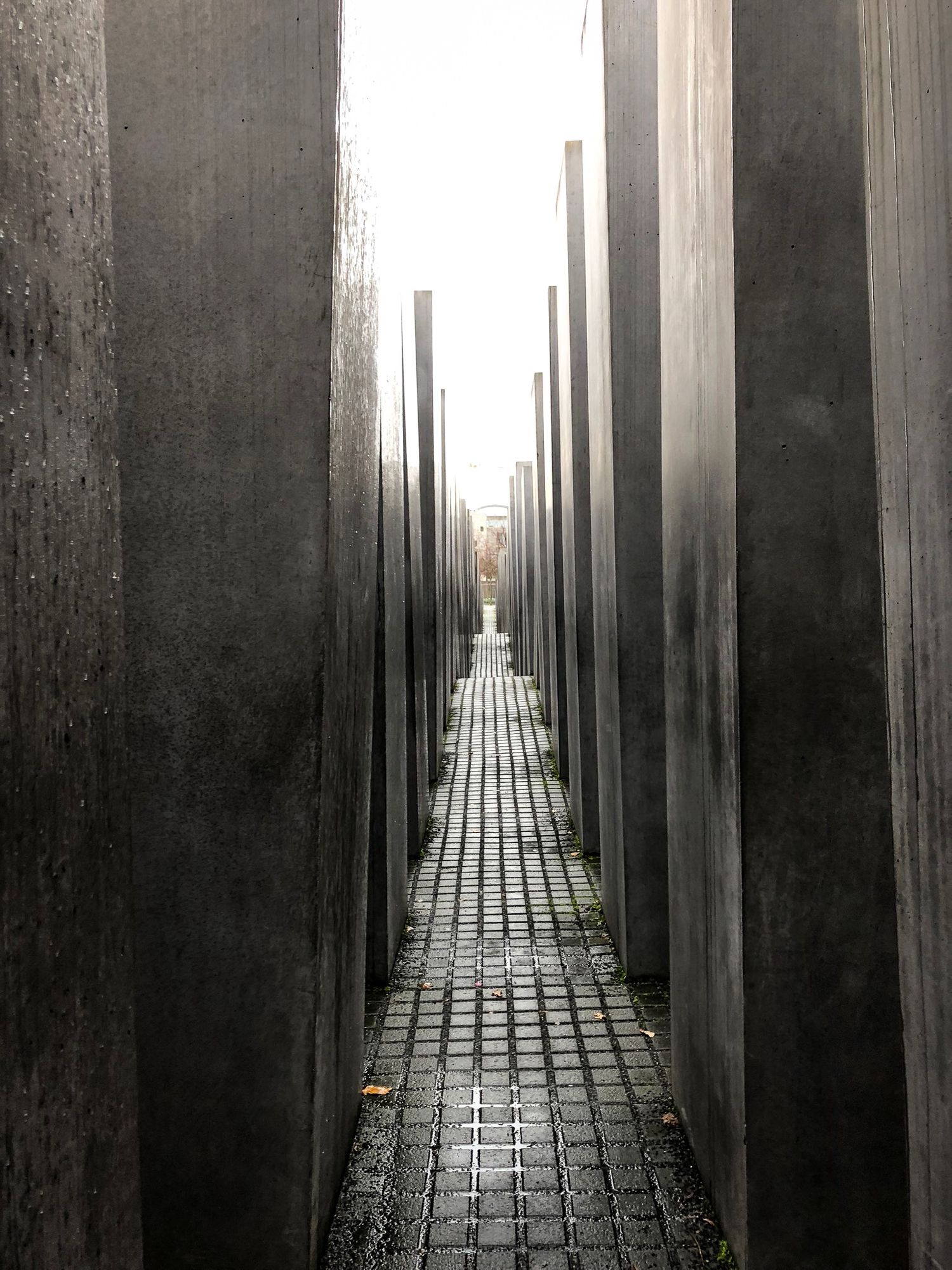 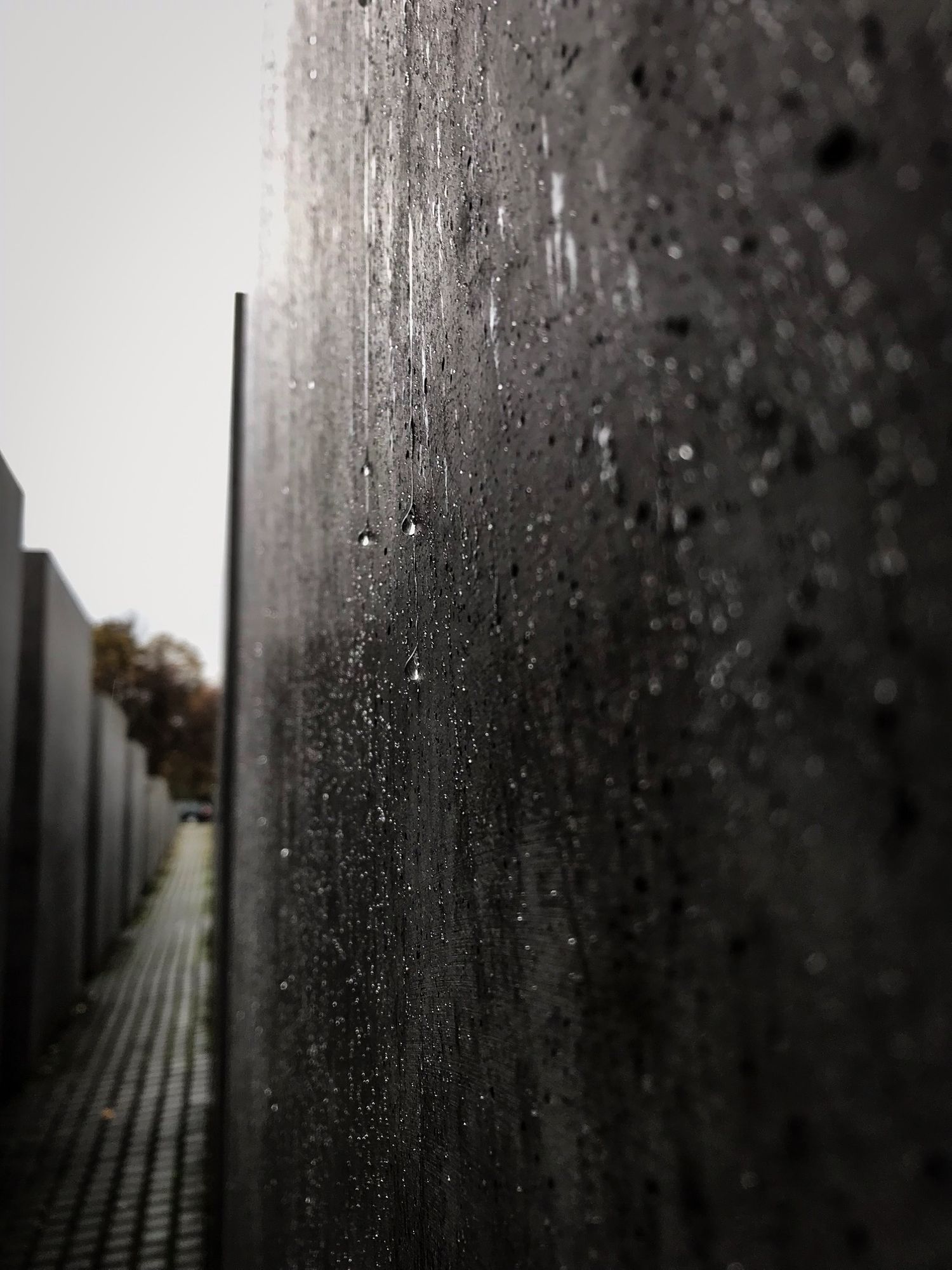 This is a site we saw both during the tour, after the tour and again later at night. This is great spot to spend some time at, watch the German people and take in Berlin! 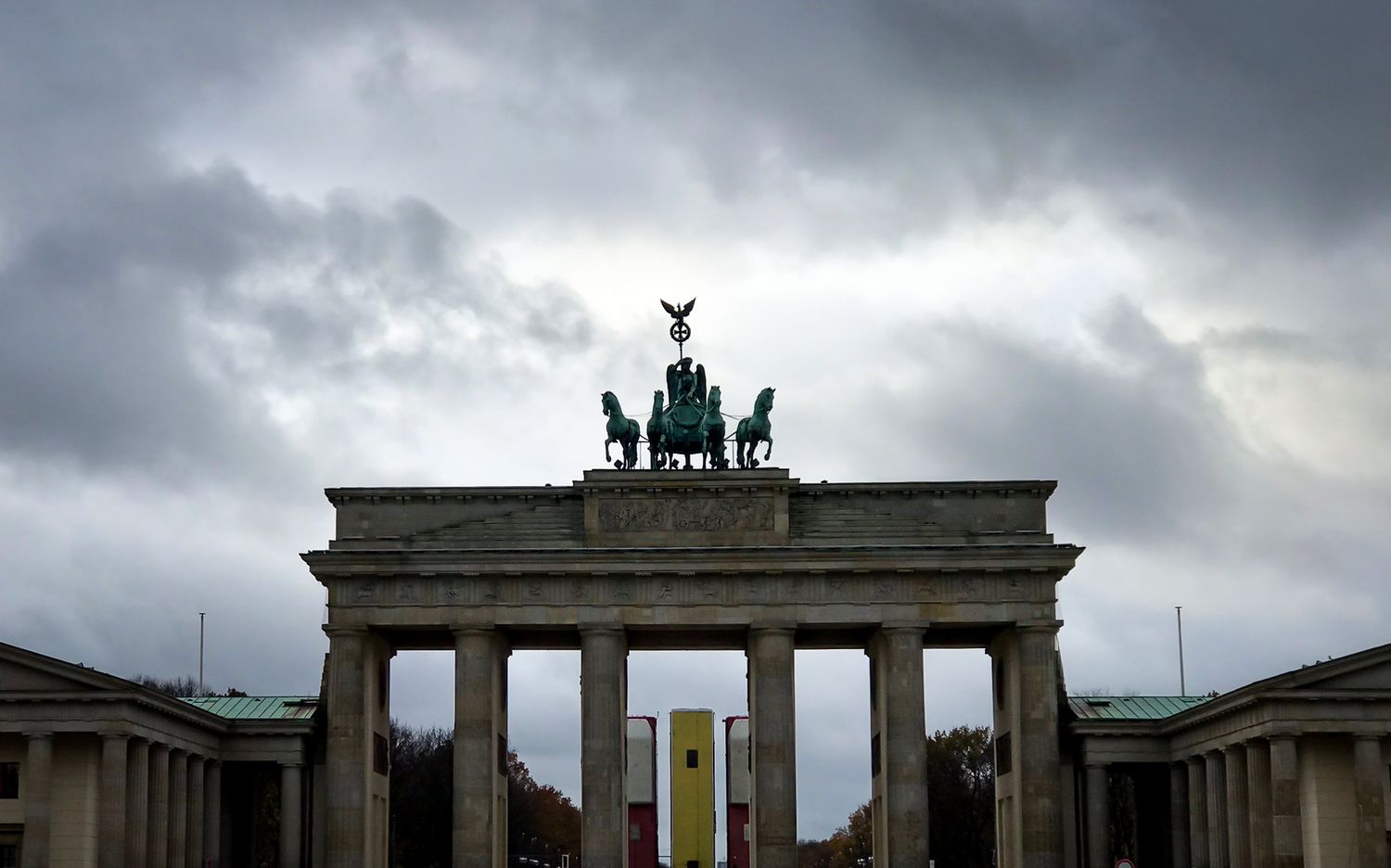 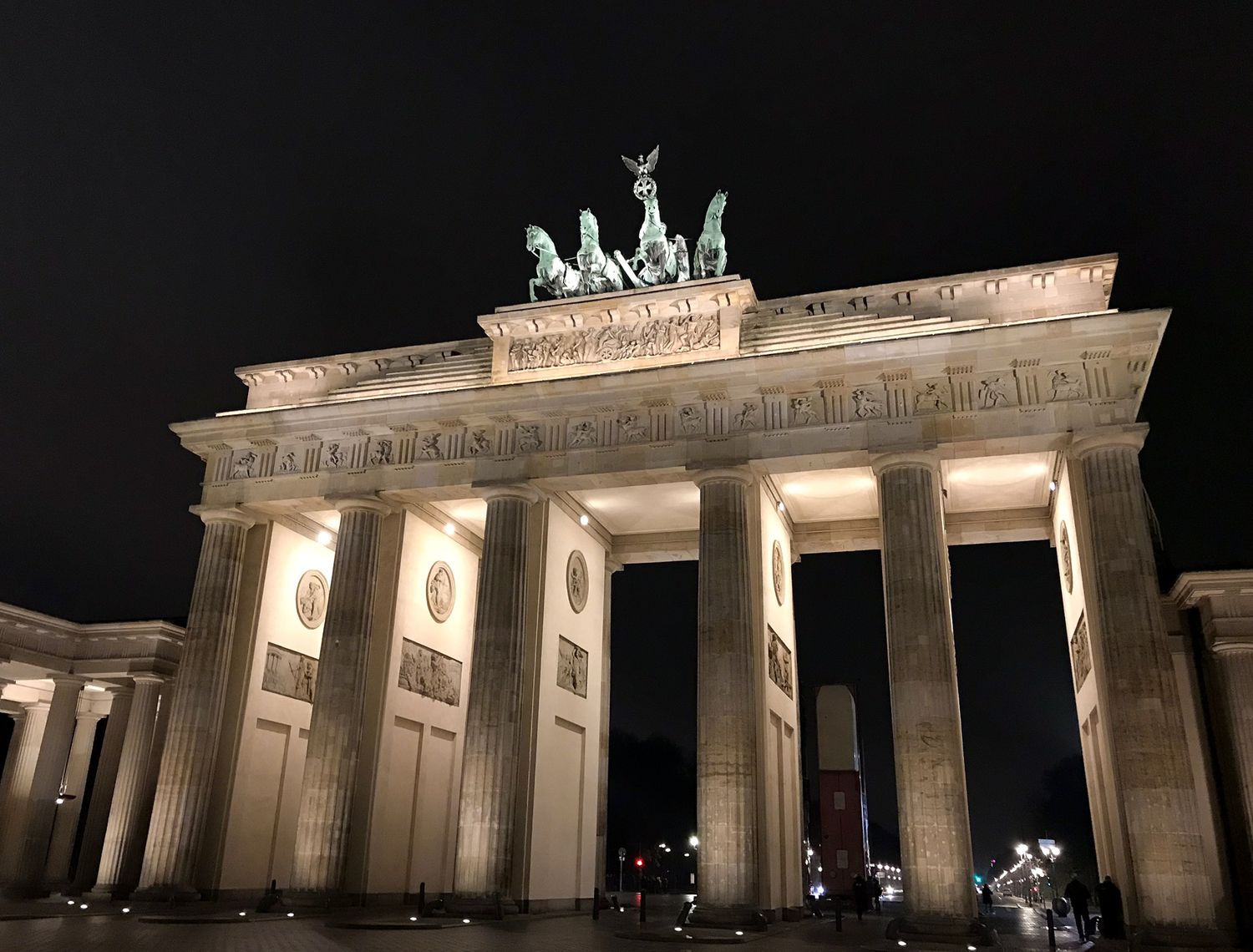 Checkpoint Charlie was the last of three checkpoints (Alpha, Bravo, and Charlie) to enter into East Germany from West Germany. This attraction isn’t very…well, attractive and is not something I would go see again. Now surrounded by the rebuilt city, it seems random and out of place. 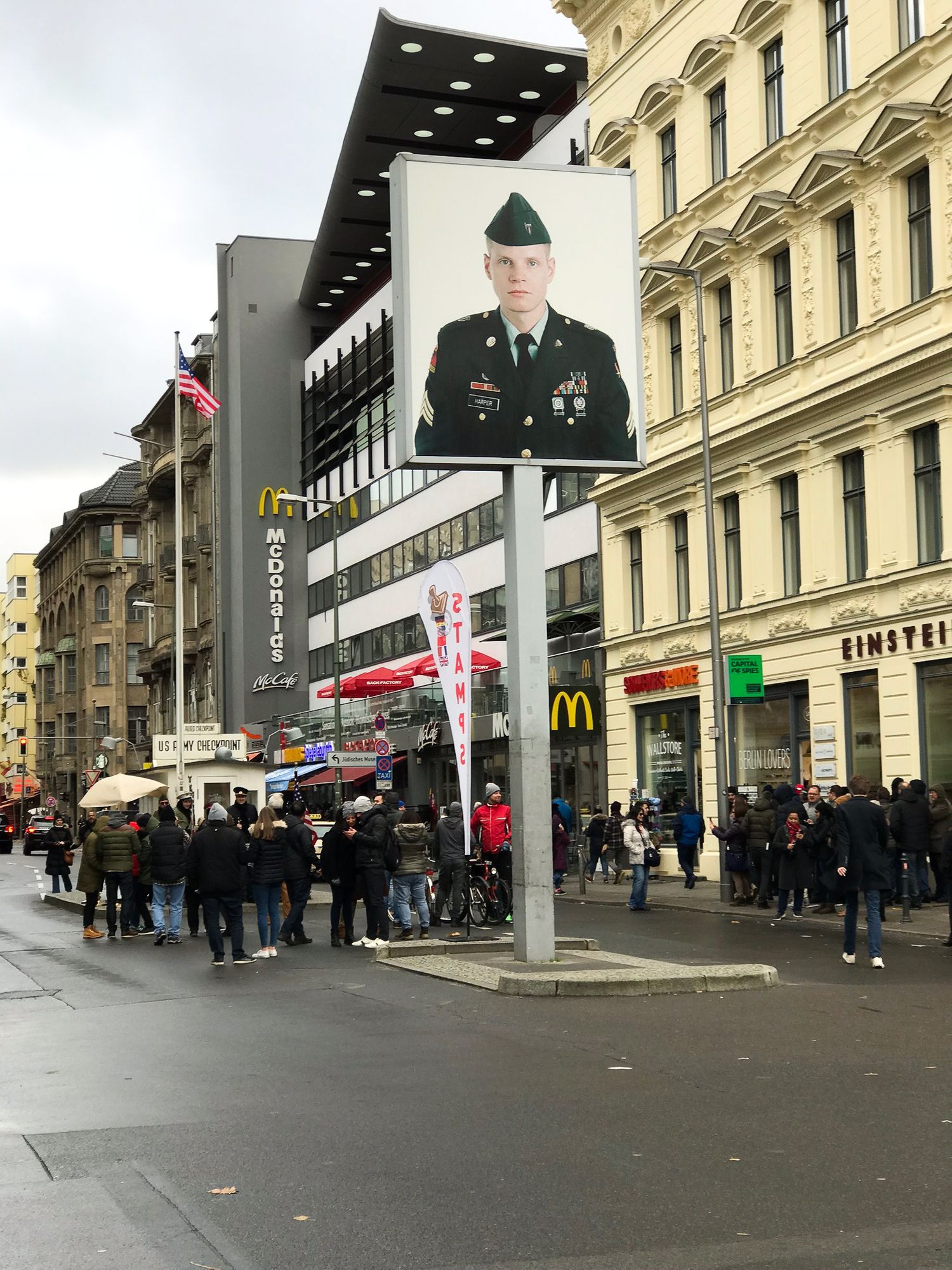 The Berlin Cathedral was our favorite attraction in Berlin and it is quite an attraction.

The Cathedral is open to the public and costs seven euros for general admission with the option of an audio guide for an extra four euros. We paid the entrance fee, listened to the audio guide and even hiked the 270 steps up to the dome. If you have the ability, we highly recommend this. The dome walkway overlooks Museum Island, the Palace Square and Lustgarten. 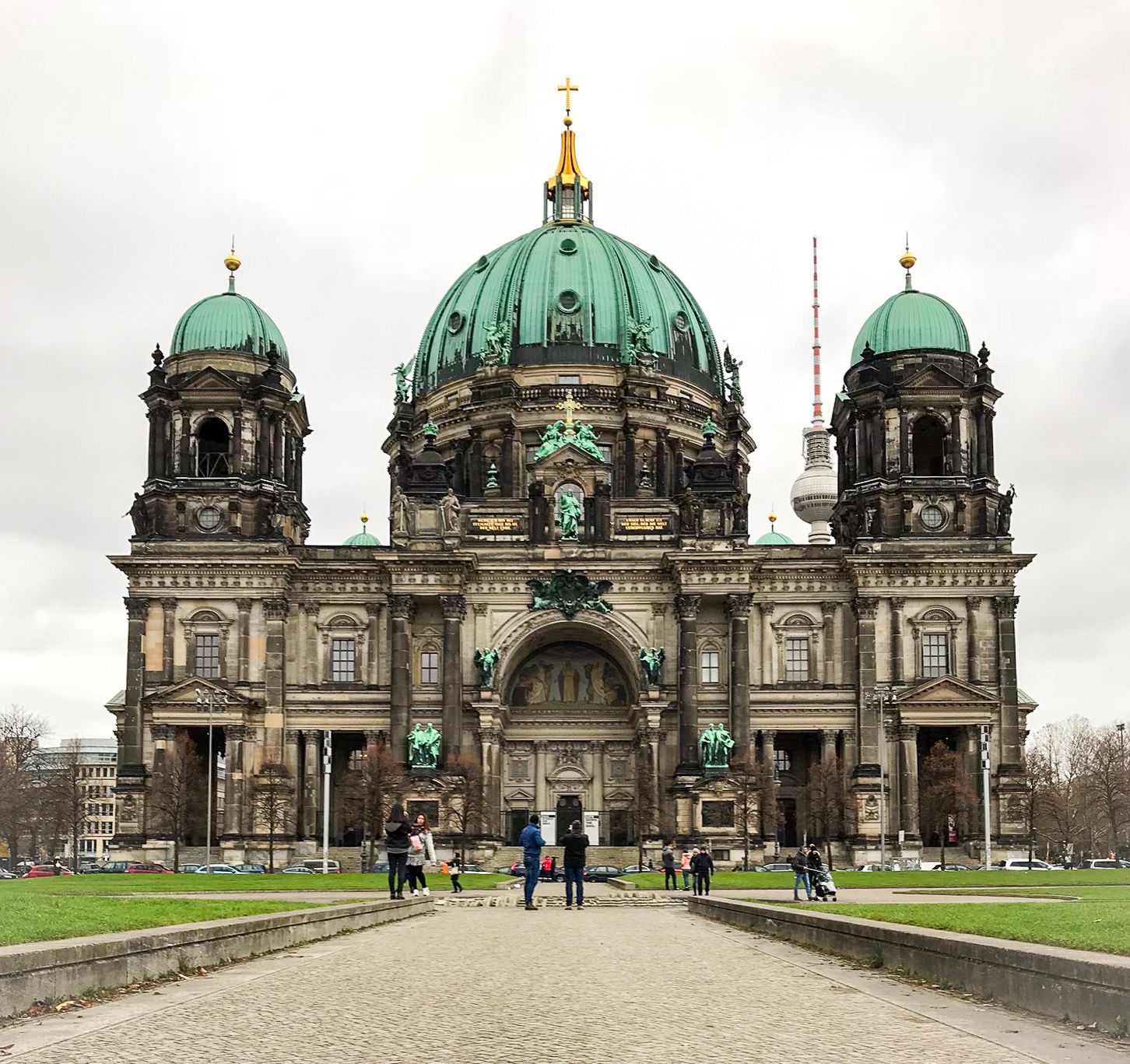 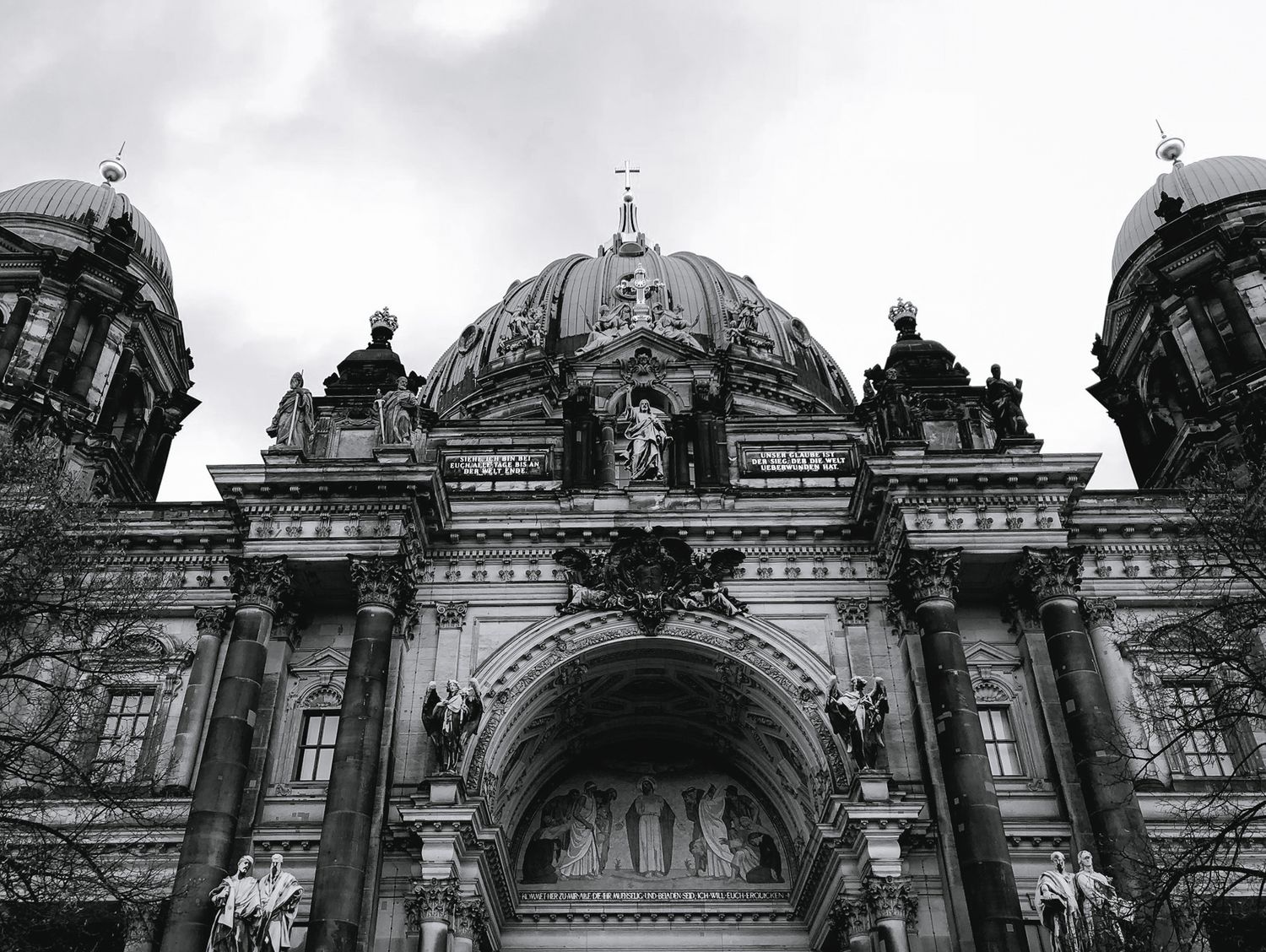 The tour finished at the largest attraction, the Berlin Wall. Throughout the city, you will come across sections of the wall as art installations or memorials, but here, the wall remains standing in its original construction.

But, it doesn’t remain untouched. The wall has been chiseled away, some large chunks even removed. As I took the time to study it from across the street, I couldn’t decide if I thought it was a piece of history that should remain preserved or a disgrace to humanity that should be ripped down. 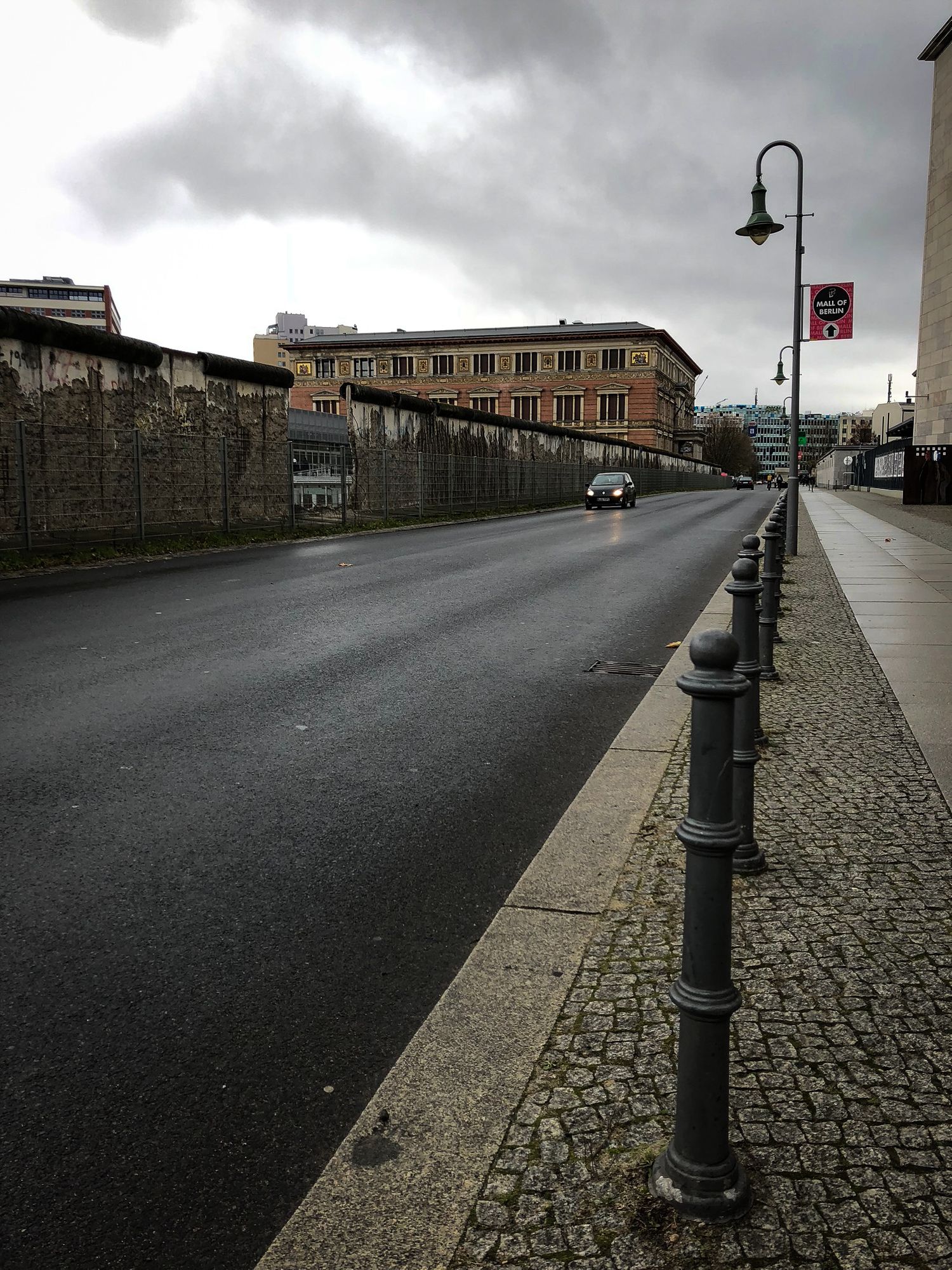 There is so much to do in Berlin and we tried to see it all. If you have time, I recommend at least 3 days in this historically rich city. We made stops at The German Spy Museum, and The Kennedy’s Museum, which included Pete Souza’s book tour “Obama: An Intimate Portrait.” We visited the Bebelplatz Book Burning Memorial as well as Museum Island. Our favorite museum was The Topography of Terror. This museum catalogs the rise of Hitler’s Nazi party, the story of World War Two and the Holocaust. The exhibit notes where survivors and war criminals are today all while located on the former headquarters of the Gestapo and SS.

Finding parallels in the horror Germany experienced during the rise to power of an extremist political party and the United State’s current political environment was nothing short of terrifying. 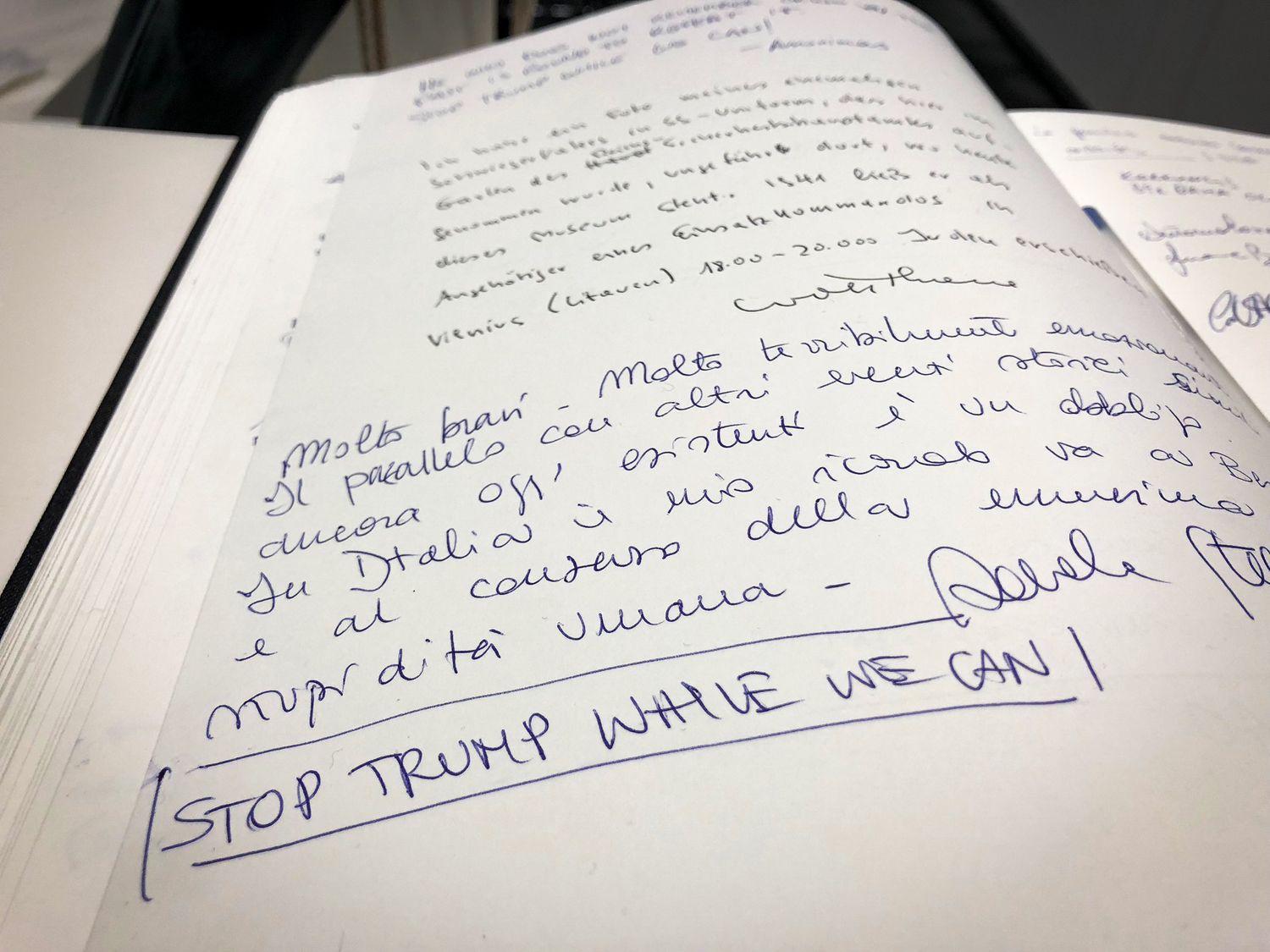 Guest book at The Topography of Terror 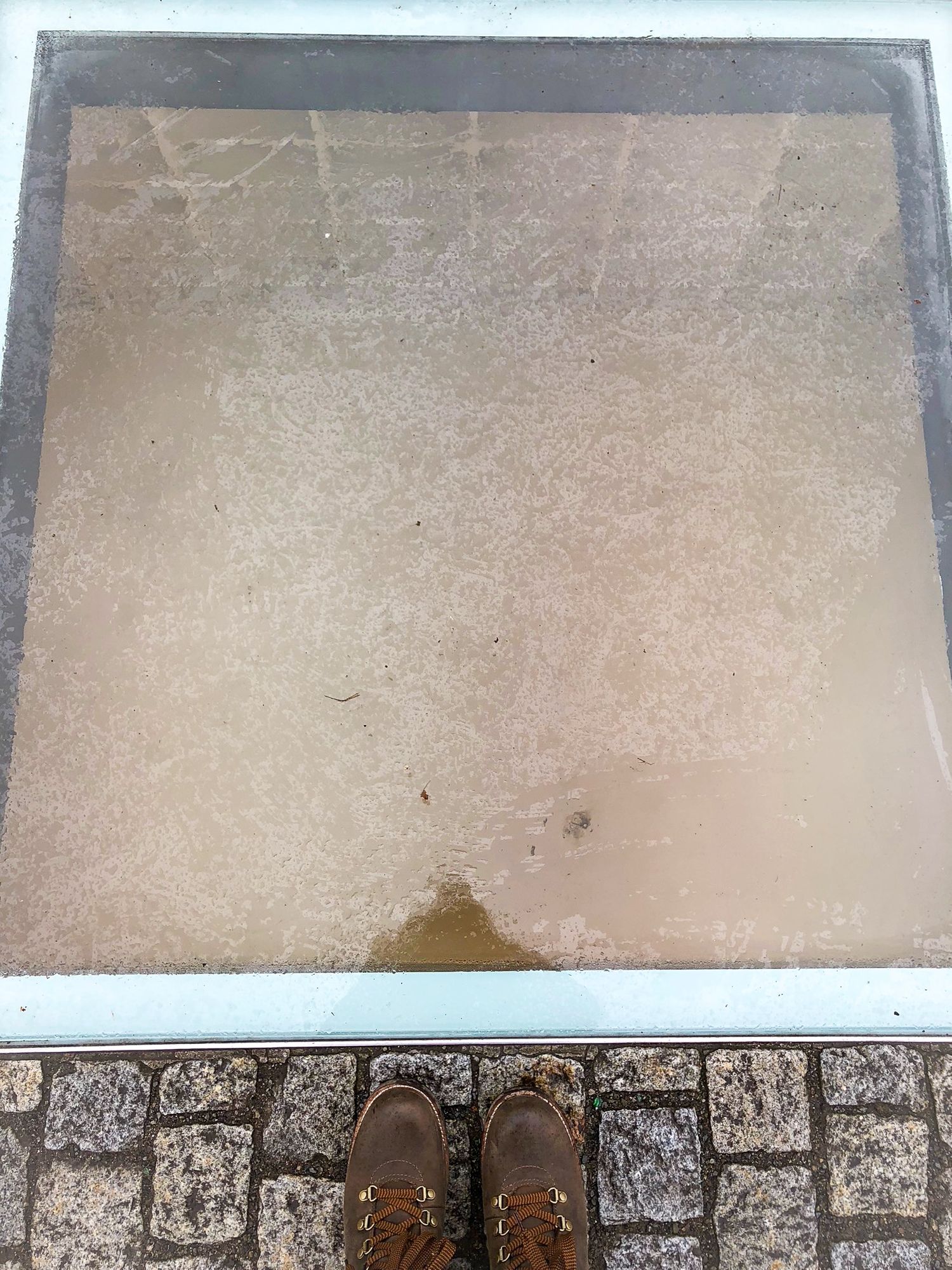 Another great experience for us was our tour of the Reichstag Building. Tours of Germany’s Parliament are available to the public, however, they must be booked well in advance and are subject to cancelation should Parliament hold session. This ended up happening to us and our original tour was canceled, however, we rescheduled for a later time in our trip and I think it turned out much better! An evening tour time will provide you with reduced crowds, more time to read and stoll and some incredible photographs.

You can request a private tour or opt for the self guided tour with an audio guide. You can contact Guest Services here to request a tour. 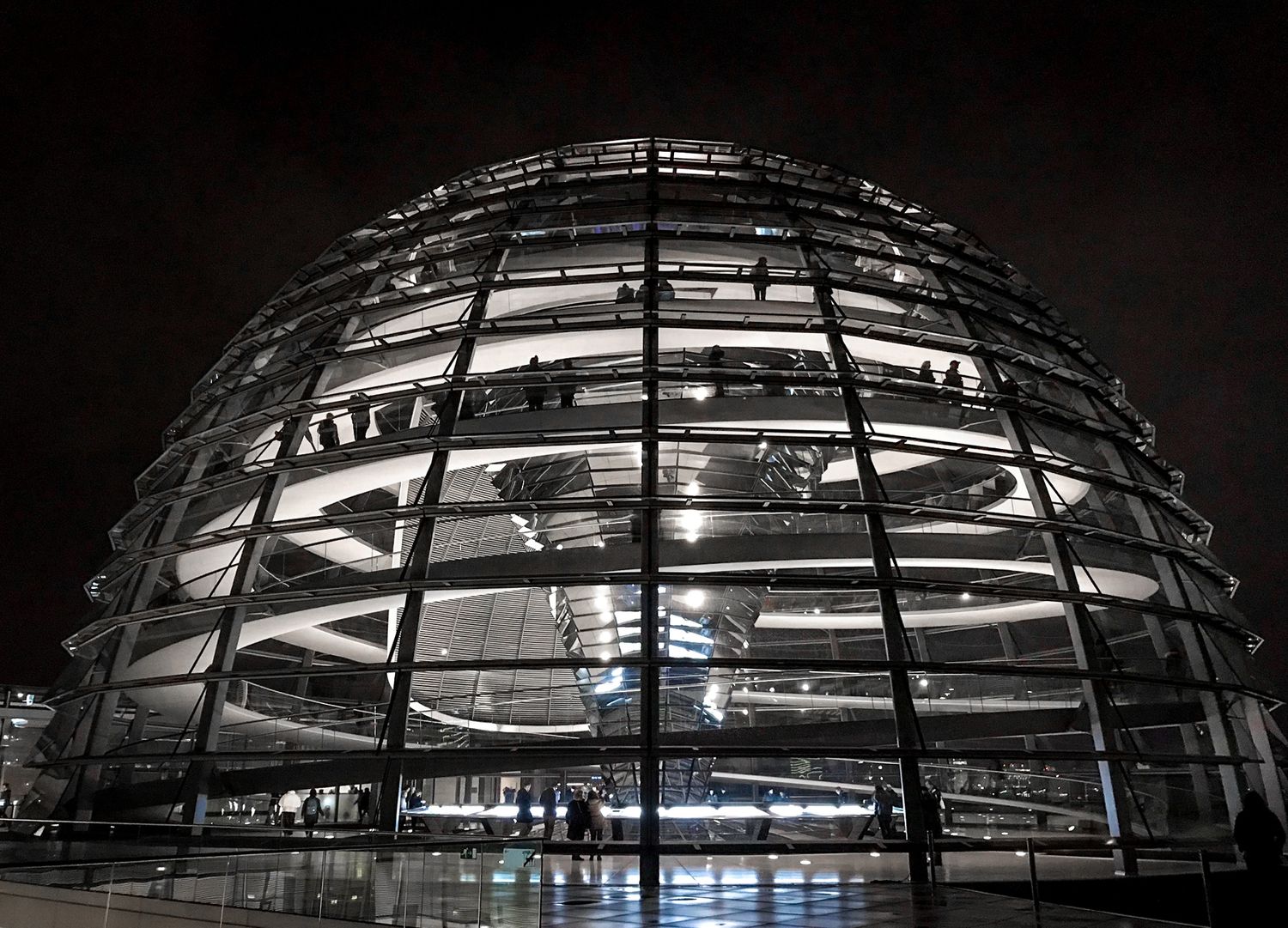 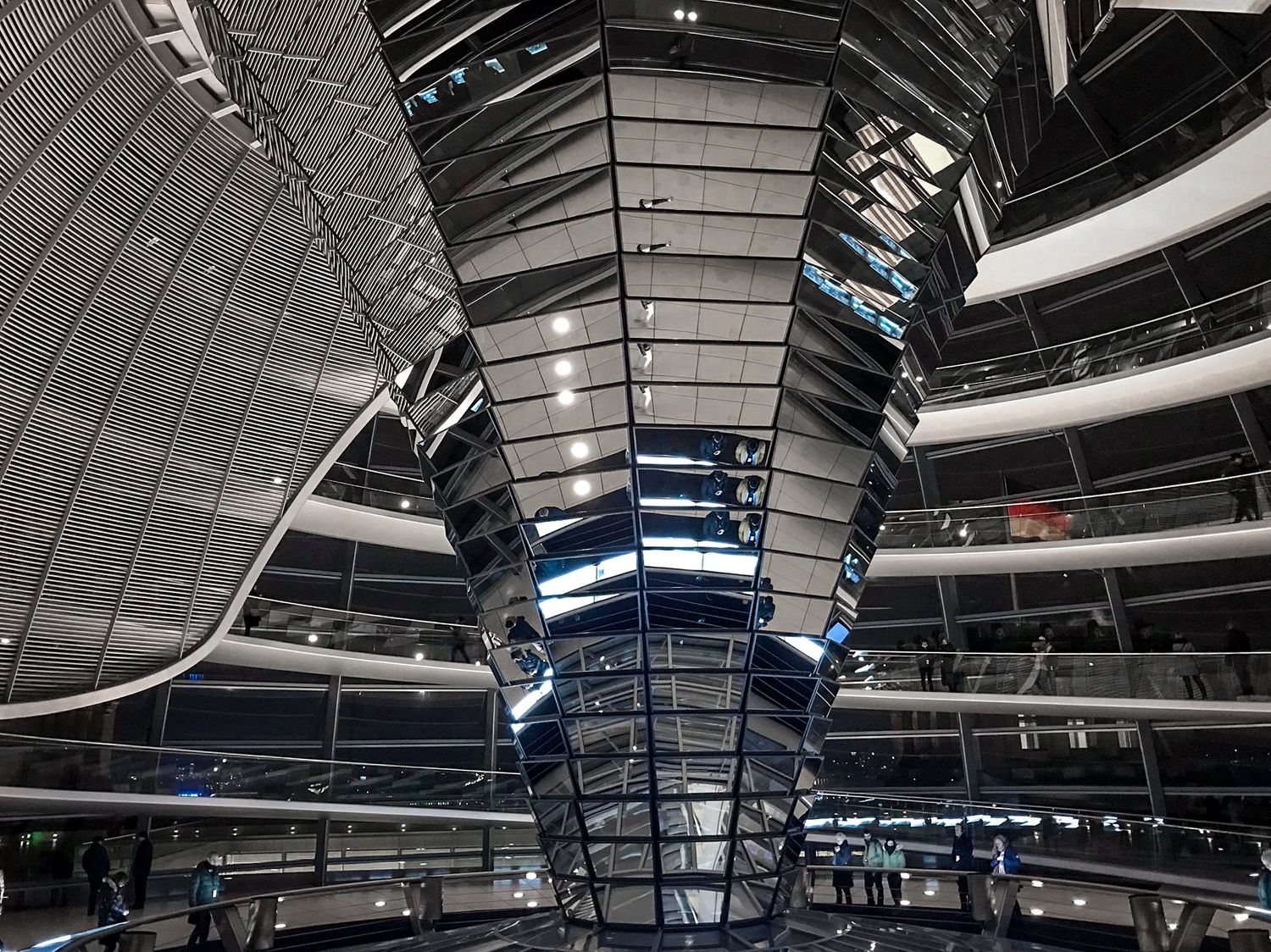 If you are looking to see Berlin from up high, don’t turn to the Reichstag. Instead, set your sights on the T.V. Tower, the Fernsehturm! There are different ticket options, all of which give you 360-degree views of Berlin. We decided to go with the general observation deck ticket and left the revolving bar and restaurant for another time. The views from above are incredible and there are fun shops and restaurants below to mosey around in when you are done. 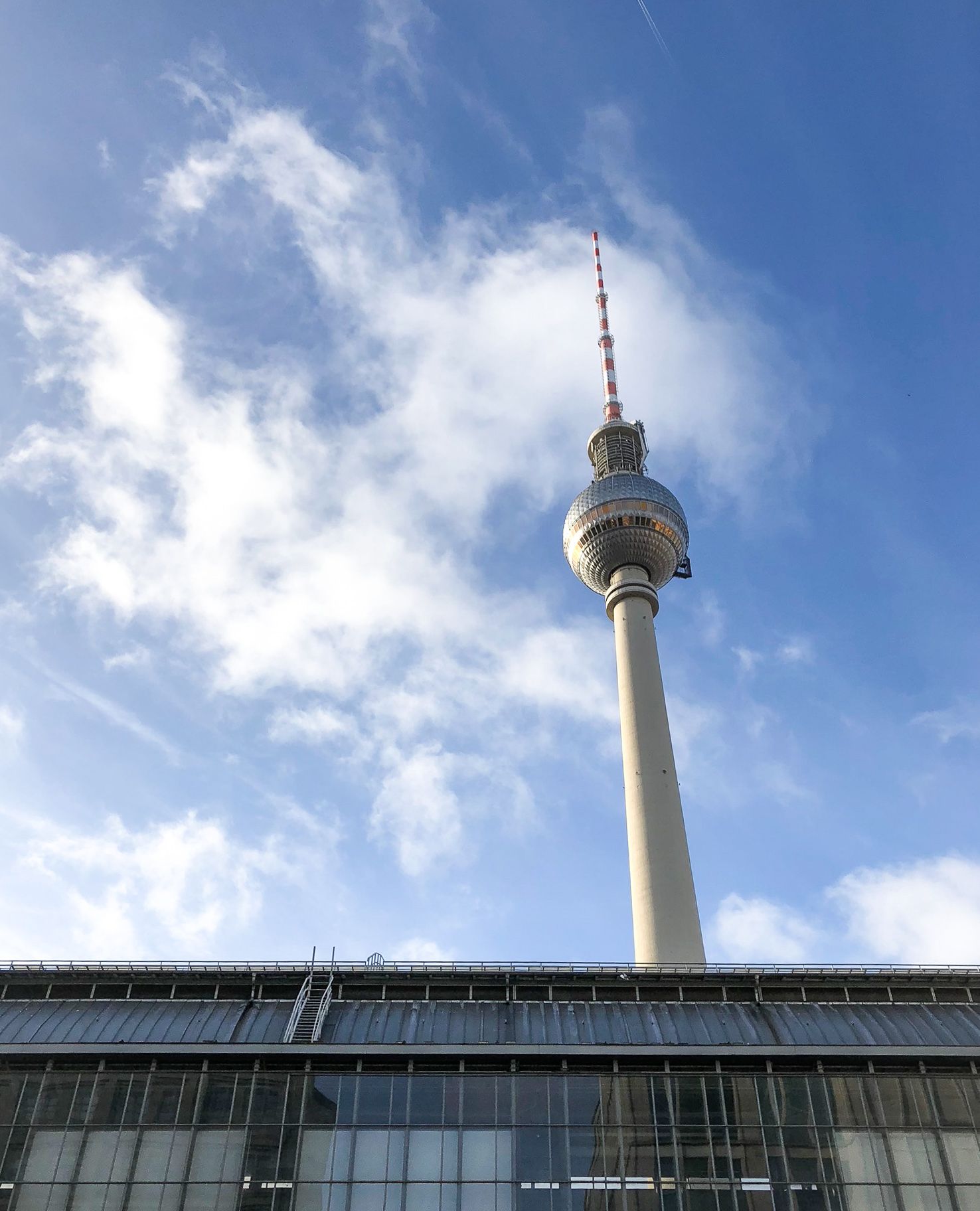 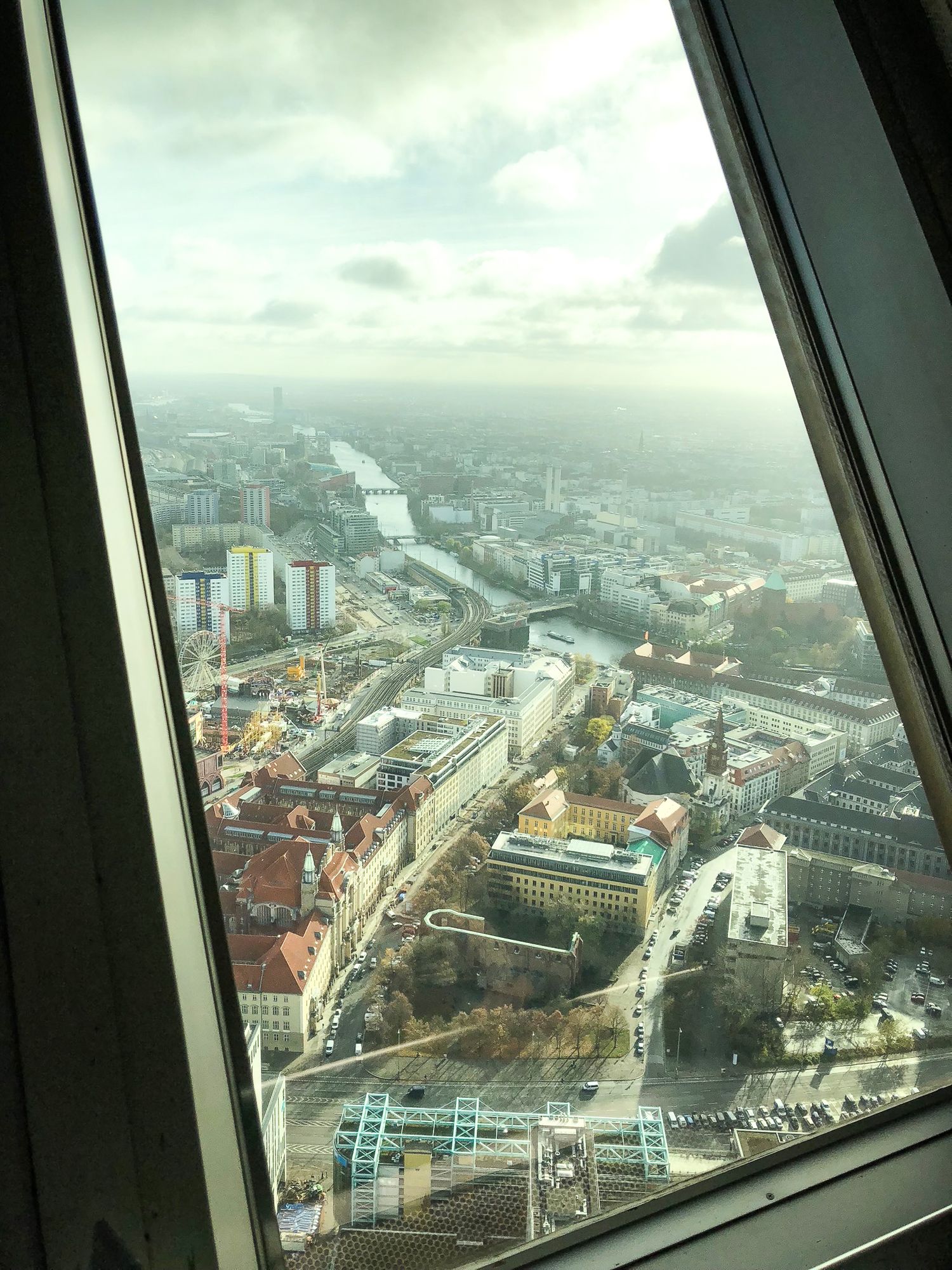 But now I know.

Germany’s cities, its beautiful landscapes and most profoundly its history and people are something you can’t help but fall in love with,

even if you are meeting each other in the freezing rain. 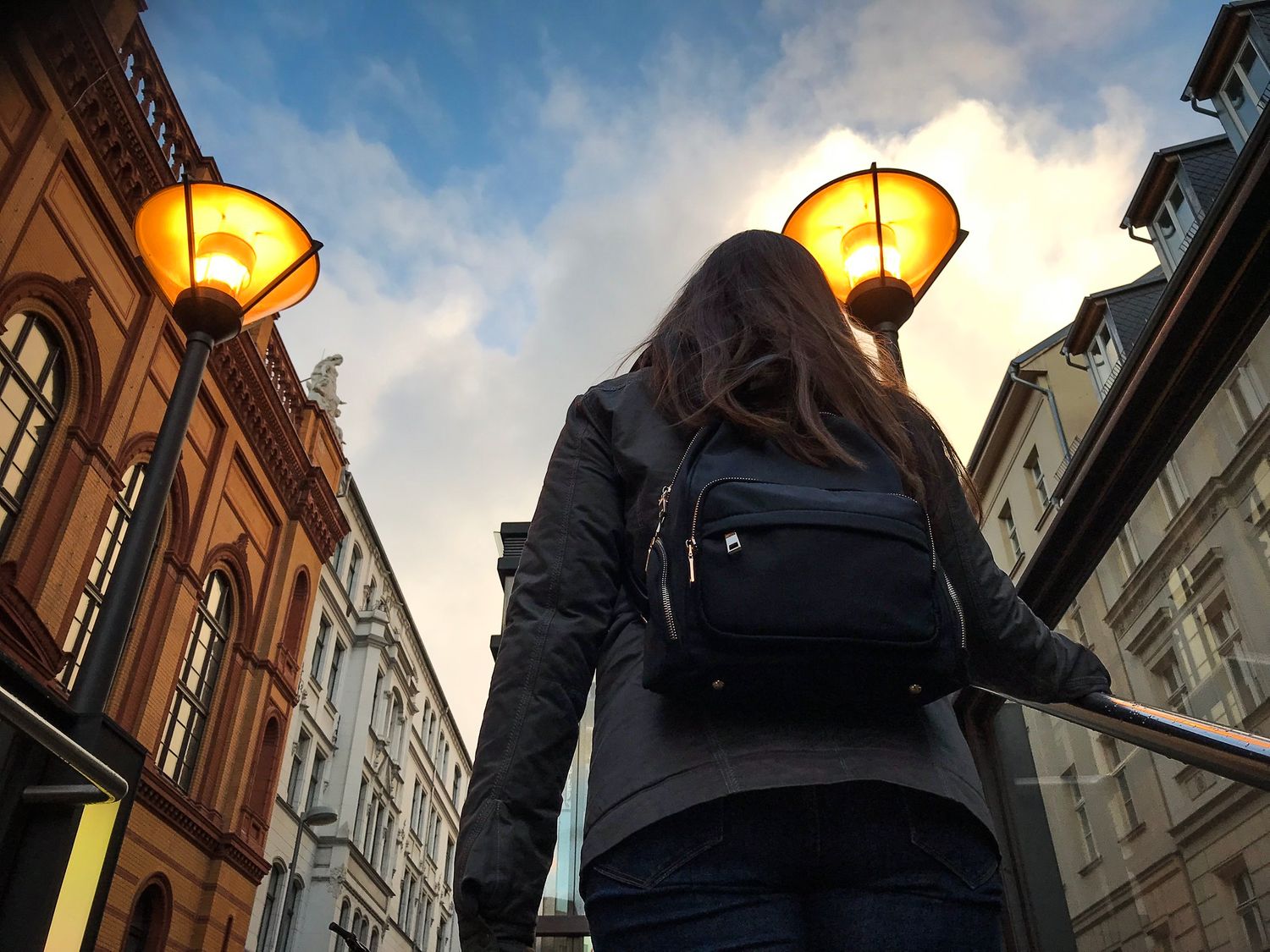 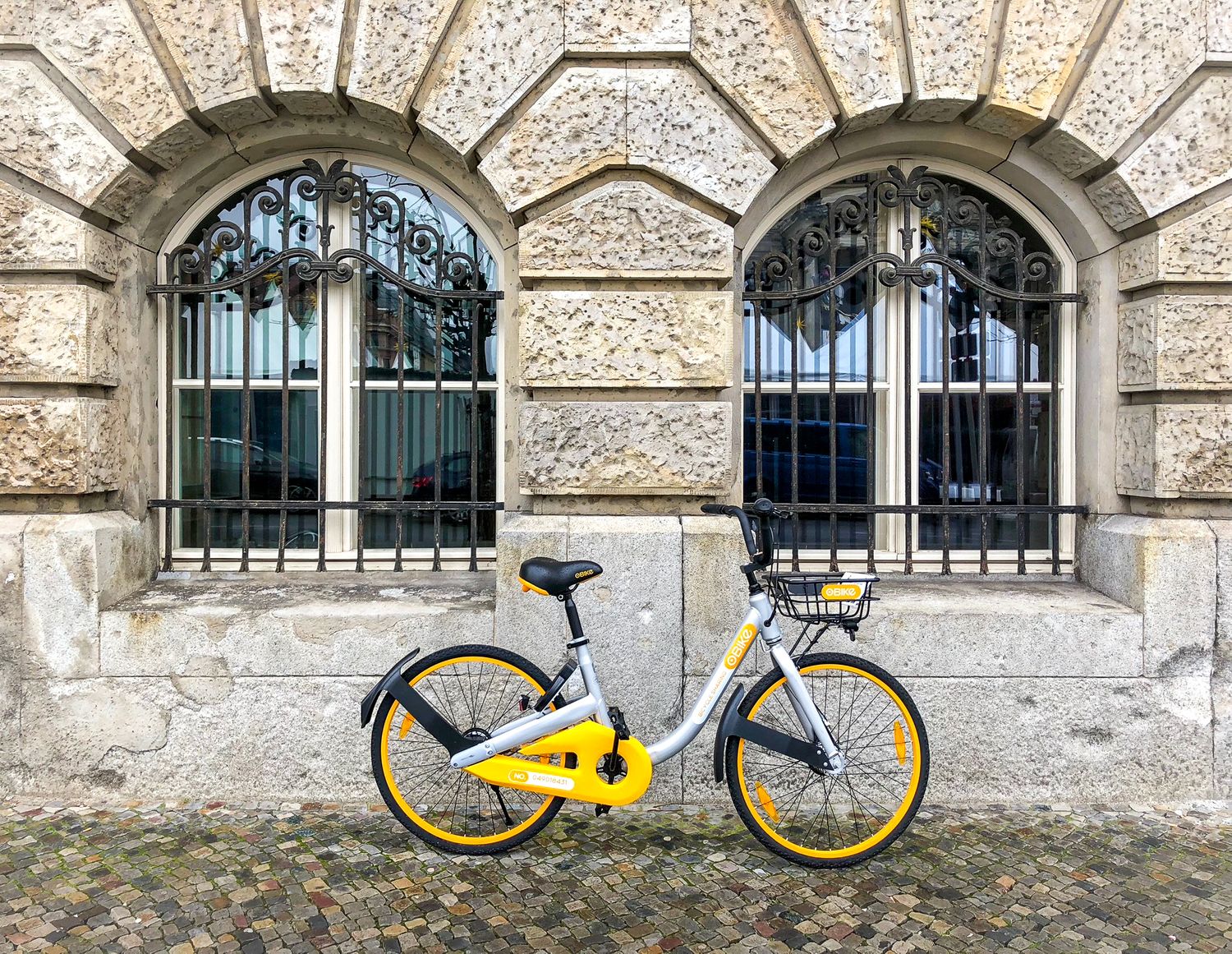